“Working goats” is when you have to handle them for any reason.  We needed to “work goats” because it was time to check to see if they needed worming, a few needed some extra attention due to some feet problems (they will be sold) and last but not least the young bucklings (little billies) needed to be castrated. Because of this crazy heat wave we have been having we were forced to work goats in the evening after dinner when the temperature had dropped. This also allowed all the employees to be available to help, so we called it the Goat Party.  Guests were also invited. 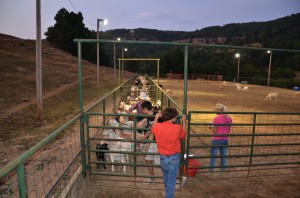 275 head of goats waiting for their turn to be looked at. The boys caught the goats, I (Amy) checked them and Tember wrote down numbers and notes. 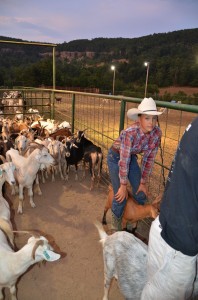 Nathan, Cowboy Cody's little brother, was visiting so he was lucky enough to get an invite to the party. 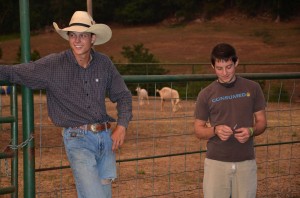 Both wrangler and rock climbing guide helped out. Morgan was in charge of giving tetanus shots to the goats getting castrated. 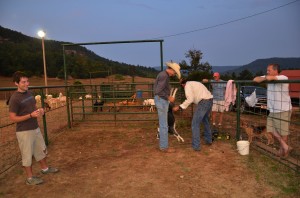 The guests that came to the party decided it was more fun to watch. 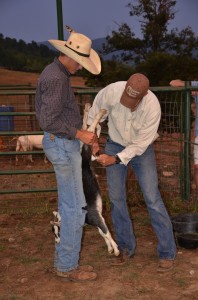 Barry said it was much easier to have another tall cowboy hold the goats in an upright manner instead of having to put them on the ground to do the job. The old way is hard on his back.

The party ended about 10:30 p.m. that evening.
The next day at dinner there was a special treat for all of the party goers to try… 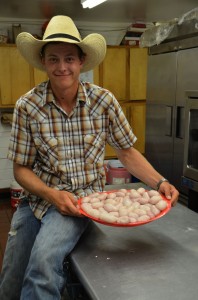 You've heard of Rocky Mountain Oysters...well this isn't the Rockies and these are a little different so we called them Ozark Mountain Nuggets. Cowboy Cody prepped them for Chef Nick. 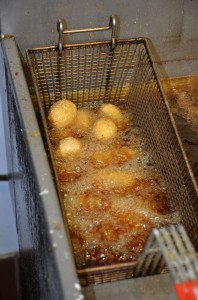 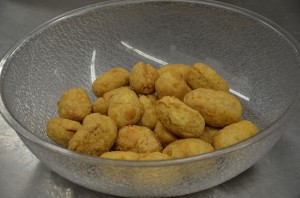 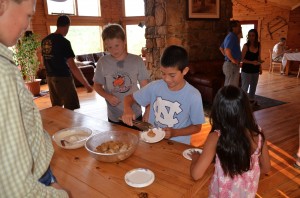 Time to try them out. We were both impressed and surprised at how many guests tried them. 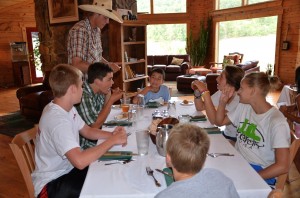 Some of the kids trying them. 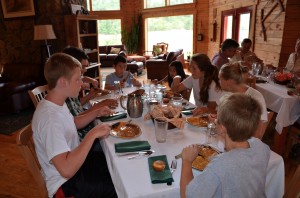 No worries. A pork chop dinner arrived shortly after the nugget tasting ended.